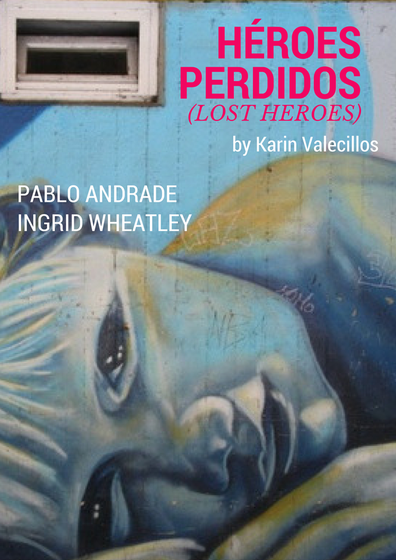 Performed in Spanish with English supertitles.

In an attempt to provide a powerful and direct experience of the NiNi phenomenon, the World Bank Art Program commissioned the New York theatre company, Corezon to create a performance depicting real life NiNi scenarios. Co-founded by Pablo Andrade, this company concentrates on giving a voice to the Latin American community through the arts, and was therefore a perfect fit for this event. The company conceived a 45-minute play comprised of two monologues, written by Karin Valecillos and performed and directed by Pablo Andrade and Ingrid Wheatley.The first monologue “My little sister the Pichiche” is the story of Beatriz Mejía a 21 year old Guatemalan woman who tries to convince her younger sister not to leave school. Using herself as an example, Beatriz explains how having become pregnant at the age of fourteen, leaving school and having no secure work has left her with a perilous and uncertain future for both herself and her children.The second monologue is “My Big Brother”, it is the story of Miguel Romero, a 23 year old Salvadoran who has an imaginary journey through his past where he unravels how the relationship with his brother has shaped his life. At a young age he idolized his brother, and wished to become like him: a Mara Salvatrucha gang member. The monologue showcases the conflicts this person goes through over time, and acquiring maturity eventually stops being a “NiNi”.

More about this play